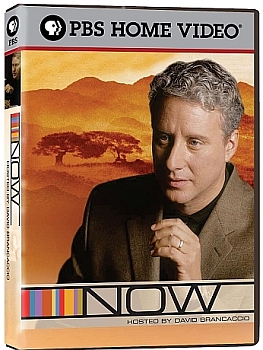 Hosted by David Brancaccio
NOW on PBS
24:31
In Peace and Prosperity in the West Bank?, which aired on July 8, 2009, producers Brian Epstein, Brenda Breslauer and correspondent Mona Iskander examine progress in the West Bank town of Jenin, which has been selected as a key location for starting to build a new Palestinian state with the guidance of  Middle East envoy Tony Blair.

Blair acknowledges that "security is the critical first step… Unless the Israelis are sure that the Palestinian state is going to be secure and not a haven from which terrorism is going to come, they will not lift the weight of occupation." Since diplomacy alone has failed repeatedly, he advocates a two pronged approach which relies upon easing the economic circumstances in the West Bank in tandem with improved security and diplomacy. As he puts it, "at the same time as you negotiate from the top down a solution to these tricky questions, build from the bottom up , build the capacity of the Palestinians to run their state and build economic development."

The choice of Jenin as the site of Blair’s experiment is notable. During the second intifada from September 2000 through 2004, Jenin was a hotbed of Palestinian terrorist activity and fertile ground for the recruitment of suicide bombers. It was also the site of a widely condemned Israeli military incursion in April 2002.

Peace and Prosperity in the West Bank? adopts the premise that Israeli occupation is the direct cause of Palestinian hardship, but does not explain that the occupation arose as a result of the stubborn refusal of the Arabs to live at peace with the Jewish state. Refreshingly, the segment moves beyond dogma, focusing instead on practical problems of developing Palestinian society from the ground up. Iskander’s conversations with local officials and residents expose the fragility of the situation but also their hope.

Palestinian police Colonel Radi Asideh candidly explains, "The biggest difficulty was the large number of our men in the streets , gangs, killers, drug smugglers…restoring security was the biggest challenge." Asideh’s own actions, however, are an example of the complexity of the situation. The documentary highlights the increasing professionalism of  Asideh's police force, but does not delve into Asideh’s controversial decision in 2008 to provide shelter to a number of wanted members of the terrorist group Islamic Jihad. They had turned themselves in to him to avoid being arrested by Israeli forces. To Jerusalem Post reporter, Khalid Abu Toameh, Asideh insisted that they are not being detained as prisoners,

When they decide to leave, that will be done in front of the media to prove that the PA does not arrest anyone from Islamic Jihad. (Jerusalem Post, Jan. 25, 2009)

Asideh’s police force has by most accounts restored law and order to Jenin. The PBS segment admits, however, that it is still limited in its capability since the Israelis feel the need to resume control of security in the night. A New York Times article reinforces this point noting, " Israeli security officials say their Palestinian colleagues are good at law and order but not at stopping terrorist groups." (September 11, 2008)

The segment explores attempts to oppose the pull of militants and gangs by opening up new and appealing law enforcement opportunities. Iskander interviews a varied group of Palestinians, including a young man who has turned away from the militants and joined the police force instead.

An ordinary family, the Issas, express a similar shift in sentiment and hope for stability. Mahmoud Issa optimistically describes how improved law enforcement now allows his wife, Falastin to travel into Jenin with her children, unaccompanied, without fearing for her safety. Their oldest son tells Iskander he wants to grow up to be a policeman.

Early on, the segment focuses on a Palestinian-American entrepreneur who has invested $2.5 million in a factory near Jenin to export olive oil. The entrepreneur is under no illusions about the risks and there is no attempt to paint an overly optimistic picture.

In fact, throughout, skepticism abounds over whether Blair’s plan will ultimately succeed. Israeli military spokesman, Peter Lerner, offers praise for the Palestinian forces, but cautions that " Under the surface there is high motivation to carry out terrorist attacks against Israel." Lerner’s caution is seconded by Blair who recognizes that should the current efforts falter, violence is likely to return.  Mahmoud Issa's linkage of the land and Palestinian dignity – "he who lets go of his land lets go of his honor"- serves as a reminder of the barriers to resolving the conflict.

There are some weak spots where the segment falls back on questionable cliches. At the checkpoint entering into the West Bank, a young Palestinian-American translator complains that she can travel to London and New York but can’t cross over to Israel. This scene is out of place in the otherwise probing documentary. It is as if this woman has no awareness of Israeli’s deadly experience with terrorist groups infiltrating young women and even children with bombs strapped to their bodies into Israeli cities. Either context should have been provided to explain why the checkpoints and strict security regimen exists or  her shallow comments should have been left out.

Iskander’s interview with Zakariah Zubeidi, a former leader of the Al Aksa Martyrs Brigade in Jenin, is similarly lacking in factual context. Zubeidi claims "I wouldn’t harm civilians, like women and children, I wouldn’t harm those Israelis. But settlers and soldiers, no mercy." Zubeidi is disingenuous, under his command, the Al Aksa Martyrs Brigade killed dozens of Israelis in indiscriminate suicide bombings. Although it is important to let the interview subjects speak candidly, it is also the responsibility of a documentary to correct false assertions.

In one scene, an Israeli mayor of an adjacent town says that "the quality of [Palestinian] life needs to be improved" in order to set in place the right elements for peace and stability. This sentiment is a main theme of the segment. But it is worth noting that both Palestinian intifadas, in 1987 and in 2000, were launched during periods of economic upswings. A discussion of this reality would have helped make Tony Blair's insistence that political progress needs to accompany economic improvement. The findings of researchers at Princeton University that terrorist groups tend to draw their membership from more affluent and better educated elements of the society adds further weight to favoring a tandem approach.

There is also the belief, expressed by Blair, that resolving the conflict between Israel and the Palestinians will "change radically and dramatically the relationship between Islam and the West." The relevance of the Israeli-Palestinian conflict to the problems between Islam and the West is debatable. How significant is the Israeli-Palestinian conflict to the unrest within Iran, sectarian conflict in Iraq, insurrection in Afghanistan, instability in Pakistan, border violence in Kashmir, genocide in Sudan, insurrection in Chechnya and popular discontent throughout the Arab world?

Despite some shortcomings, Peace and Prosperity in the West Bank? is a refreshing change from the typical politically motivated documentaries. It illuminates the situation on the ground and provides a good cross-section of interview subjects.

Now on PBS achieves a level of journalism not usually seen in an era where journalists often freely inject their own biases into their work even at the expense of factual accuracy. Senior writer and host David Brancaccio and the staff of Now on PBS have produced two solid documentaries exploring relevant and timely aspects of the Israeli-Palestinian conflict.