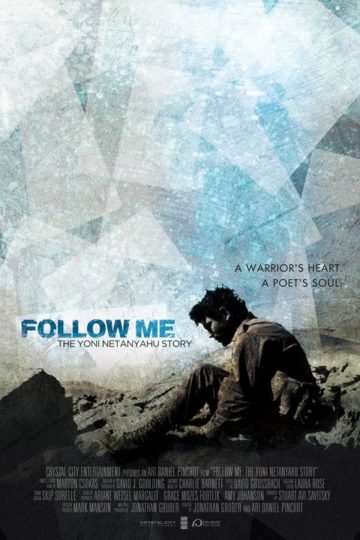 Through a series of interviews, photograph and film montages, American directors Jonathan Gruber and Ari Daniel Pinchot tell the compelling story of Israeli military hero Yonatan Netanyahu. Gruber and Pinchot detail Yoni's whimsical love of the world throughout his childhood, and strong bond with younger brothers Bibi, the current Prime Minister of Israel, and Iddo, a world renowned physician and playwright. The directors utilized testimony of childhood friends, family, and ex-wife to paint an idyllic portrait of the distinguished Netanyahu family. Yoni is described as a strong, precocious, natural born leader who was destined for greatness.

Photos of his teenage years show a strong young man who never strays from his devotion to his homeland, even as he goes from Israel to Boston to study at Harvard University. He misses Israel and returns home because he feels bound to it. He re-enlists in the IDF.

The voice of an actor reads letters Yoni sent to his family and girlfriend. His writing is full of idealism and the shared hopes of the Jewish people.

Interspersed with this beautiful story is the telling of the hijacking and subsequent hostage-taking of passengers on board an Air France plane by East German and Palestinian terrorists. The non-Israeli hostages are released, but the 84 Israelis, 10 young French passengers and 12 Air France crew members are taken to Entebbe, Uganda, then under the rule of the savage dictator, Idi Amin. The two threads of Yoni's story converge and culminate in a dramatic scene where, serving as a senior officer of Israel's elite commando unit, Sayeret Matkal, he pushes for an emergency mission 2300 miles south of Israel to the middle of Africa to rescue the Israeli hostages.

The film concludes on a somber note, detailing Yoni's death during the operation that rescued 103 hostages with only 3 casualties, including his, and showing the recitation of the Hebrew prayer for the departed, the Kaddish, at his grave in Israel on the 35th anniversary of his death. The film conveys the heroic story of a scholarly and handsome young man with so many opportunities in life, yet so great is his love for Israel and its people that…he ultimately sacrifices his life to save fellow Jews in one of the most daring rescue missions ever performed.

There are repeated messages throughout the film about Israeli oppression of Palestinians and discrimination against â€œPalestinian Israelis.â€ Throughout the film, Arabs who live in Jaffa are referred to as Palestinian-Israeli, not as Israeli Arabs. The filmmaker, who was born in Jaffa and regards himself as a Palestinian, gives a distorted...